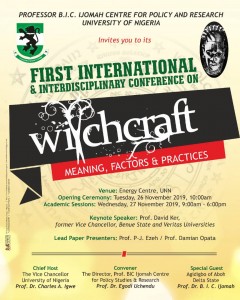 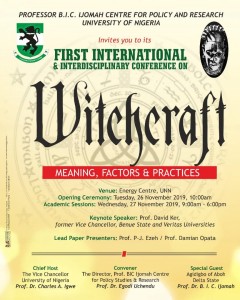 Data is not confined to a hard drive on one user’s computer or even a corporation’s internal network.

REPORT ON THE FIRST “DR. EMMANUEL UDUAGHAN ANNUAL PUBLIC LECTURE” OF THE PROFESSOR B. I. C. IJOMAH CENTRE FOR POLICY STUDIES AND RESEARCH, UNIVERSITY OF NIGERIA, NSUKKA

The programme started as scheduled by 10:00 a.m. with a courtesy call on the Vice Chancellor, Prof. Benjamin Ozumba (MD). At the Call were by the Guest lecturer, Dr. Emmanuel Uduaghan (CON), his entourage made up of Royal Highnesses and Princesses, the Representatives of the Governor and Deputy-Governor of Delta State and other guests. From the Courtesy Call, the team, led by the Vice Chancellor himself and his principal officers, proceeded to the lecture hall. Princess Alexandra Auditorium (henceforth PAA), the venue for the lecture, was filled to capacity by the University community and eager participants from neighbouring communities. All were seated before the arrival of the lecturer.

The event was chaired by Prof. Felicia Monye of the Faculty of Law, University of Nigeria, Enugu Campus, who in her opening remarks eulogized the lecturer, His Excellency, Dr. Emmanuel Uduaghan and thanked the Vice Chancellor, Prof. Benjamin Ozumba, and the Director of the Prof. B.I.C. Ijomah Centre For Policy Studies and Research, Prof. Egodi Uchendu, for putting up such a timely event.

In his opening address, Prof. Benjamin Ozumba, under whose administration the Centre was established, pointed out that the Centre was envisioned to be of world-class standard, carrying out highly advanced, innovative or pioneering research in public policy that is aimed at enhancing development. He said that the event is very important to the institution owing to immense contributions of Prof. Ijomah who was the first president of the Student Union government of the University.

If these were not enough, she informed the audience that the Centre is already agog with preparations for its first annual conference on the theme: WITCHCRAFT! Why is this subject important? As she recounted: “No ethnic and religious community in Nigeria is neither aware of, nor influenced by, this phenomenon.” She gave the example of Zamfara State, one of Nigeria’s sharia-compliant states, where the governor, just a few days earlier, announced plans to “recruit 1,700 local charmers to fight insecurity.” Recourse to esoteric sciences in attempts to find solutions to human problems is not peculiar to any group, but rather a common practice among races and communities the world over. Based on this understanding, the Director of the Centre invited scholars from all disciplinary persuasions to come together to explore this subject in order to see what can be learned about it in the search for solutions to humanity’s problems.

The guest lecturer, His Excellency, Dr. Emmanuel Uduaghan first thanked the University management for instituting a chair in his name. A gesture he described as remarkable and gratifying, coming at a time he was no longer in office as Governor of Delta State. He pledged his unalloyed support for the further development of the Centre and UNN at large. In his lecture, “Making Nigeria’s Elections Cleaner, Transparent and Credible”, he opined that the 2019 general election threw up so many issues that warrant further interrogation and more insightful perspective. Having participated actively in Nigeria’s elections over the last twenty years, the lecturer explored Nigeria’s democratic history, pointing out the gains and challenges. He bemoaned the irregularities that heralded the just concluded 2019 elections and alleged that the exercises were marred by vote-buying, ballot box snatching and other undemocratic practices. He called for a stiffer punishment for offenders. For him, all those arrested for violating the electoral laws should be punished expeditiously to serve as lessons to others. According to him, a more informed electorate would reduce the bourgeoning culture of solicitation and vote-buying to the barest minimum. He concluded by making recommendations that would help in the conduct of free, fair and credible elections in Nigeria in the future. Top on his recommendations was a call on Mr. President to sign the electoral act after due amendment by the National Assembly. Others were:

And, finally, he urged Nigerians to take a second look at electronic voting and electronic transmission of result.

Just before the curtain was drawn on the day’s event, the renowned sociologist, Prof. B.I.C Ijomah, whose name the Centre bears, offered some fatherly advice to the Centre and the institution on the way forward.

Research Assistant to the Director

Welcome to University Of Nigeria Nsukka Sites. This is your first post. Edit or delete it, then start blogging!